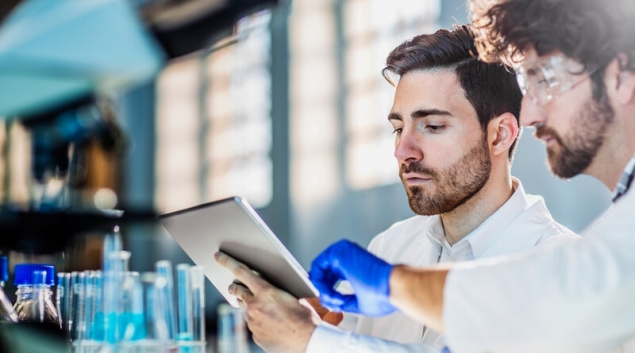 Widespread use requires greater reimbursement and an enterprise-wide strategy.

Genomic data is giving insights into just what will work for a particular patient. This precision medicine is being used in pharmacogenomics, oncology and immunotherapy.

But widespread use requires reimbursement and getting to a scale in which genomic data is integrated across the health system and the patient’s care journey.

On Tuesday, August 10, at 11 a.m. in the Venetian Murano 3204, Dr. Phillip Empey and Dr. Robert Bart will describe at the HIMSS21 annual conference how they’re using genomic data in personalized oncology treatments and pharmacogenomics in “Genomic Data in Health Systems: The Importance of an Enterprise-Wide Strategy.”

They’ll also discuss the results of survey data from a Centers for Connected Medicine/HIMSS survey of informatics, genomics and IT leaders published in August 2020, which indicates near unanimous respondent focus on a genomic data-management strategy.

For physicians and health systems that haven’t yet started down the path of integrating genomic data, getting started shouldn’t be too daunting, Bart said. It’s realistic that all organizations that want to offer genomic medicine can use the same approaches they’ll describe.

When Bart arrived at UPMC in 2017, Empey had started on the path on pharmacogenomics. They were both involved in integrating the utilization of genomic information to inform daily decisions about the care of the patient.

As CMIO, Bart oversees the electronic health record to make sure the genomic information is actionable and that there is decision support for the information to be used to make the best decision for the patient.

For instance, understanding the genomics of a specific tumor directs the chemotherapy regimen.

Empey said he wants to focus on an enterprise-wide strategy about how data is brought in for the results to be usable over a patient’s lifetime.

When genetic results come back, physicians may know that the best medication for an individual patient is not the one being prescribed, Empey said. It gives physicians a path to optimal therapy, rather than the trial and error of trying various medications.

“We’ve all interacted with people who’ve said, ‘That medication didn’t work for me,'” Bart said. “Frequently there are genetic reasons, and another one will. We didn’t know that in the past. We don’t know all of the gene-drug pairs. We get the best targeted therapy, rather than trying different medications.”

Bart and Empey will also cover reimbursement. Cardiac catheterization is widely reimbursed, but in other fields there needs to be a broader understanding of the benefits of precision medicine. The cost of genomic testing is in line with other tests such as labs or imaging, Bart said.

“We have to keep working with payers to understand the value of these tests,” Bart said.

Fill out the below form for free download Healthcare Appeal Letter.